Whether your child is just starting math or advancing into things like *gulp* fractions, these free printable number lines can help! Choose from nine options including fraction number lines, decimal number lines, and integer number lines. 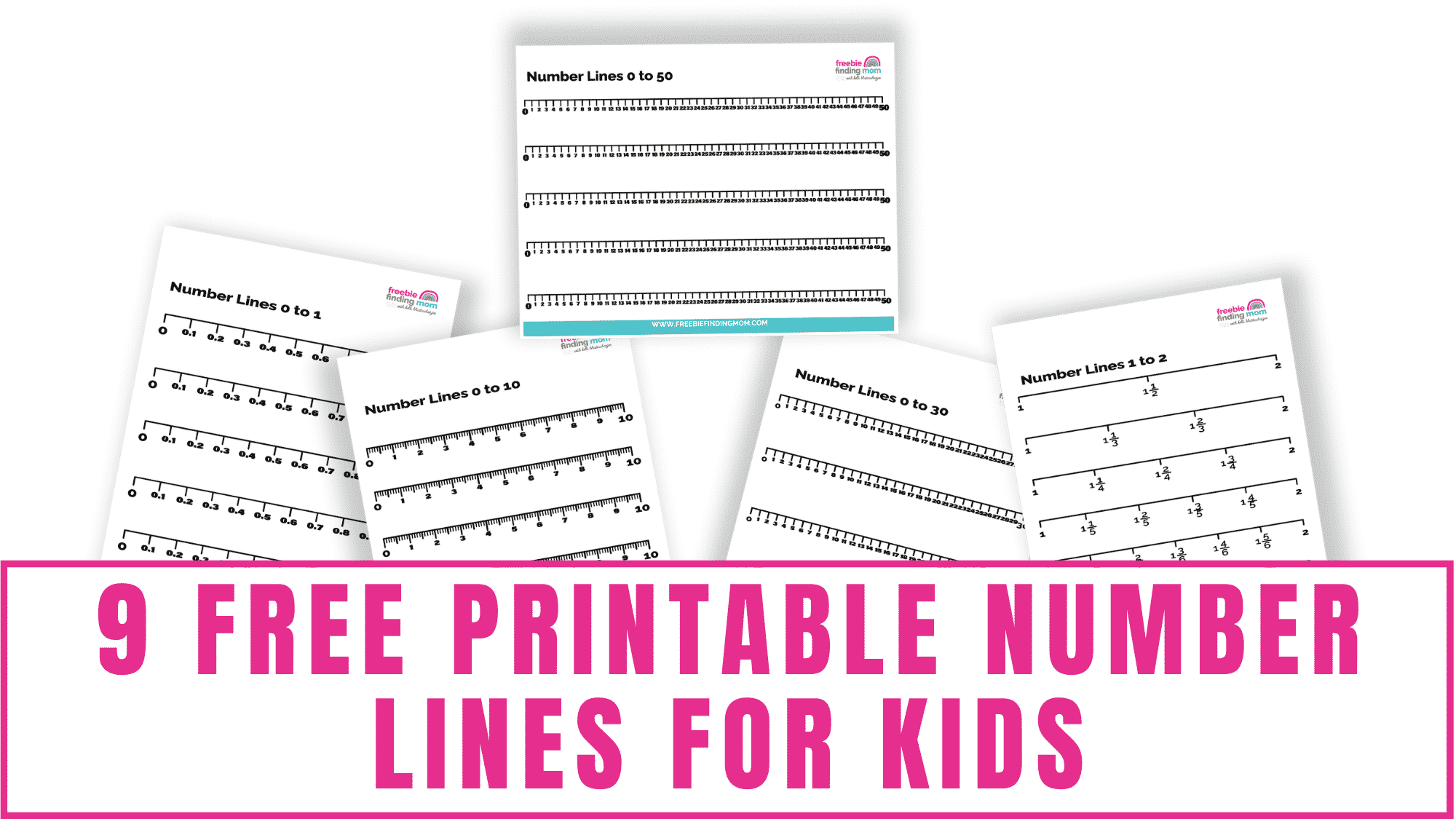 You may be wondering “what is a number line?” That’s okay; you aren’t alone. At the risk of sounding old, horizontal number lines were not a thing in my day. I think working math problems on number lines really became a thing when Common Core educational standards went into effect.

If your child is in a public school environment, he or she will probably start out with math number lines pretty early. (Think kindergarten number lines!) That means it’s probably a good idea for Mom and Dad to get familiar sooner rather than later.

Now that you know what is a number line you may be wondering why? Why do we have to use these … after all, they didn’t have them when we were in school! (Feeling old yet?) There are a couple of reasons you should embrace the number line definition and method:

Now that you know the what and the why, let’s get into these free printable number lines!

The first printable is what I would consider a “kindergarten number line” as it’s super simple and straightforward. It’s a number line 0 to 10; perfect for kids just starting out with math. (If you’re looking for a number line 1 to 10, you can still use this one … just ignore the 0.)

Bonus: This printable number line to 10 is great, but before your kid can take advantage of even the most basic number lines, like number line 0 to 10 or number line 1 to 10, he or she will need to be familiar with those 123s! Introduce them with the help of these printables: 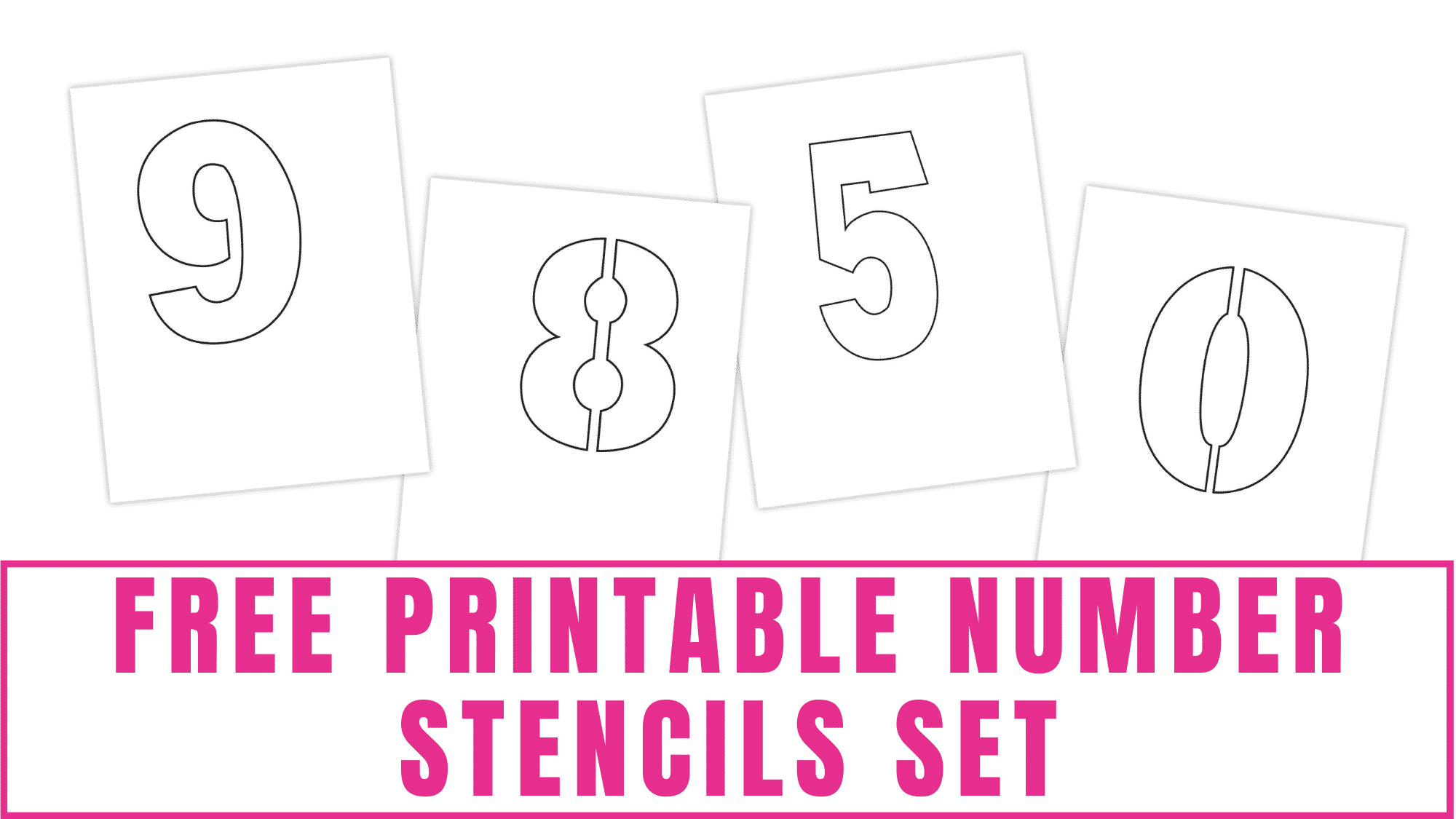 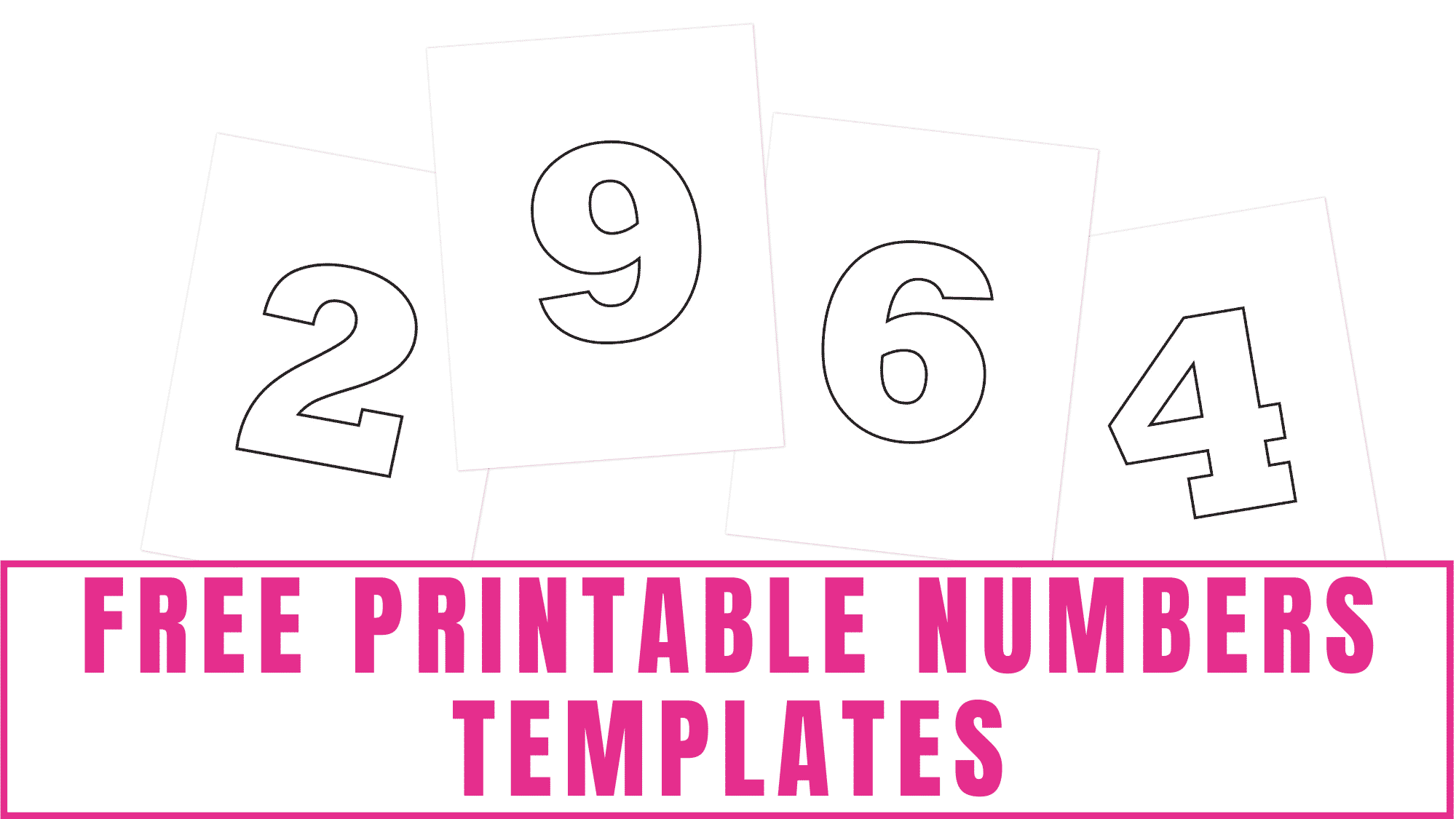 Eventually, your kid will graduate from the free printable number line to 20 to this printable which shows 0 to 30 on a number line. This may even be where he or she begins to explore basic multiplication. For multiplication on number lines, have your kid think in terms of jumps.

So if you were attempting to solve the problem 3 x 2, you would start at 0 on the integer number line and “jump” ahead 3 places (to land on 3, which is 3 x 1). You would then (still on 3) jump ahead another 3 places, which would put you on 6, the answer to 3 x 2. Have your child think of it almost like a frog jumping from lily pad to lily pad, only in this case, those lily pads are numbers on the integer number line! 🙂

Bonus: Are all of these numbers and the corresponding math getting a little overwhelming? I get it! Take a quick break from the 123s and switch over to those ABCs with these printables: 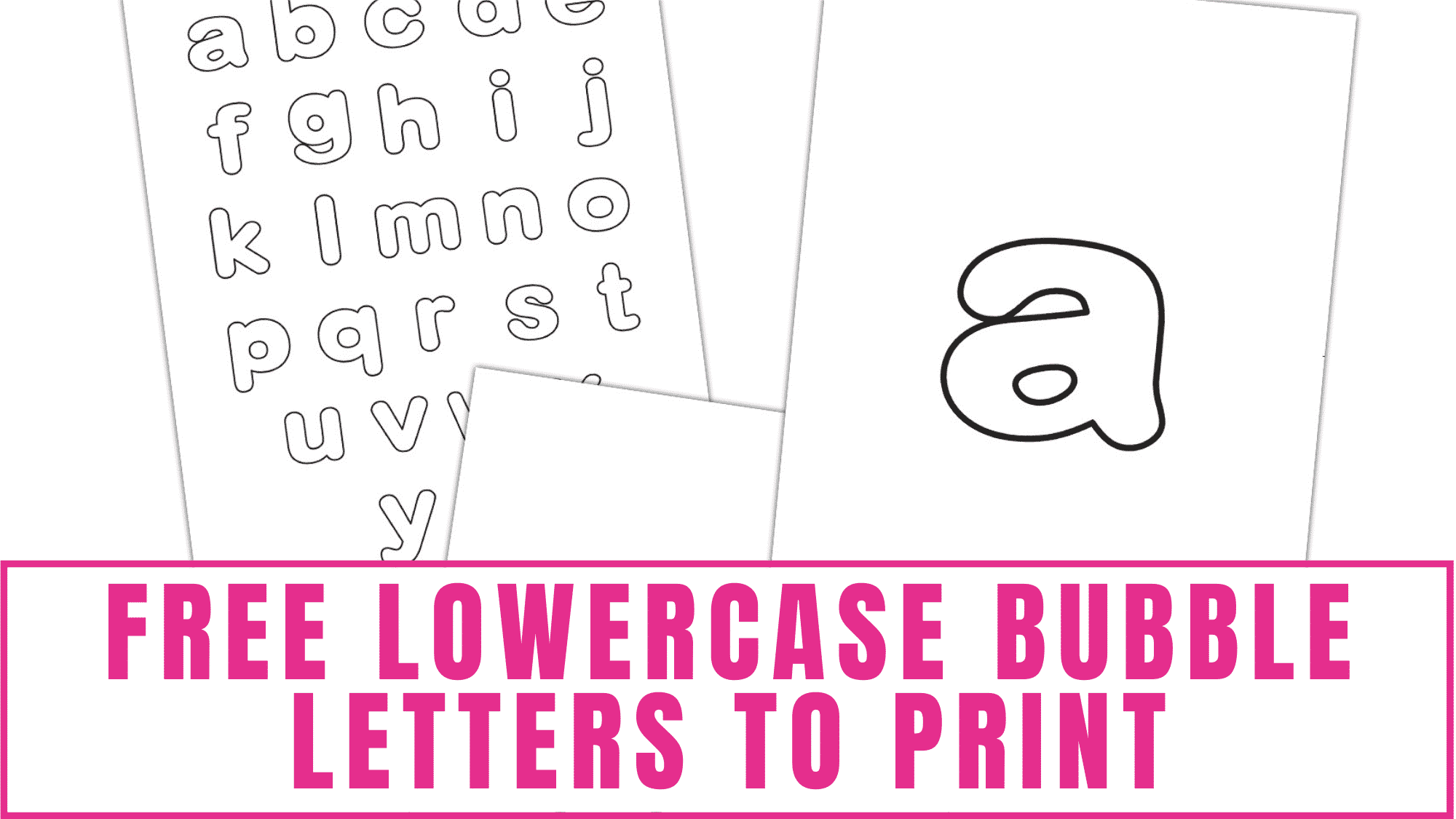 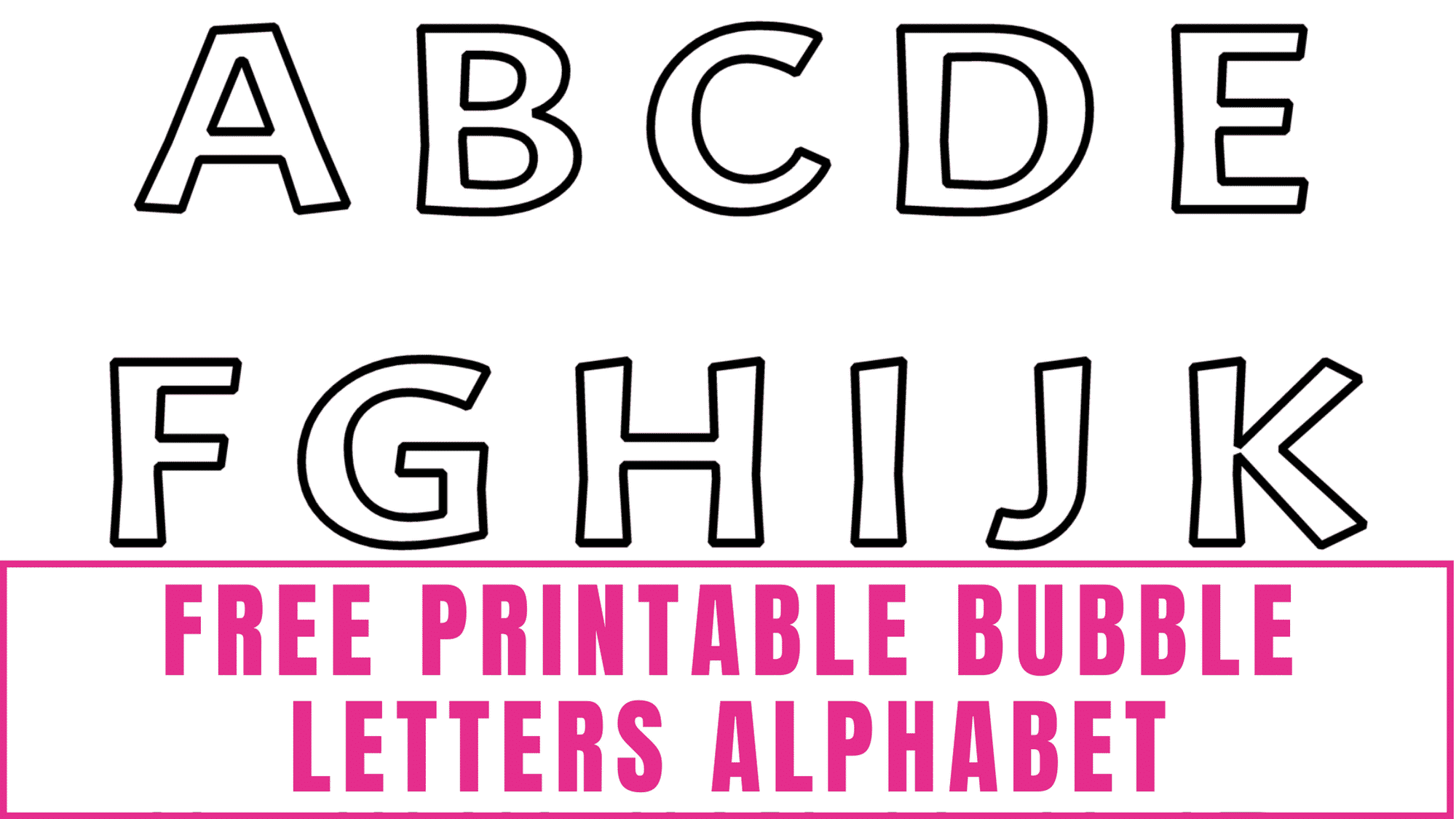 When you return from your ABC break, you can snag the next free printable integer number line that goes all the way from 0 to 50! One way to reinforce number lines for kids is to post a printable in a high traffic area of the home (like the kitchen) where he or she will see it frequently. You can also randomly pose one-off math problems that are within their skill range and have them use the printable to provide a solution.

Bonus: One way to make math seem more relevant to your kid is to tie it to a real-world concept. Money, perhaps? You can use the below printables to teach your child about money: 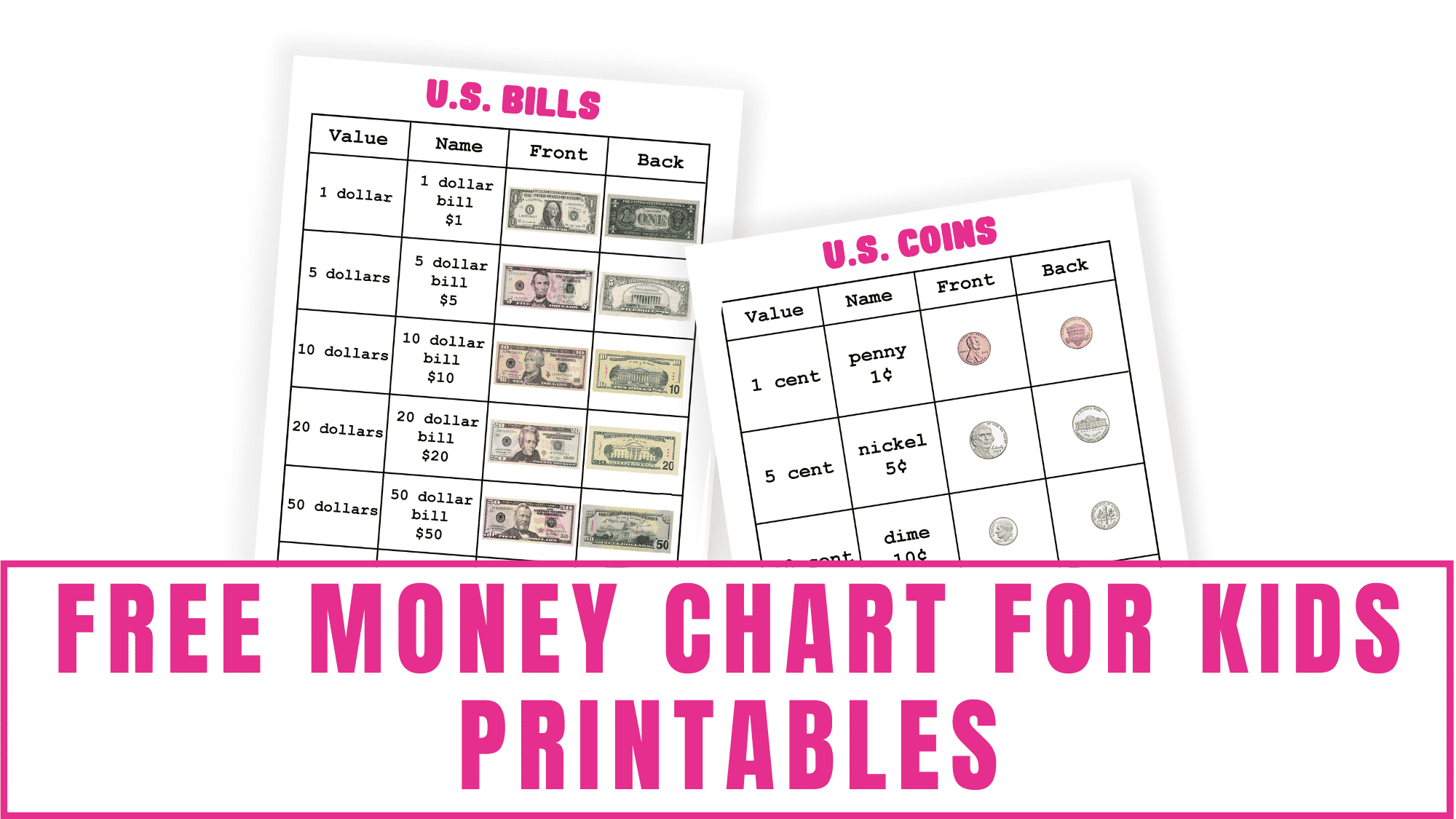 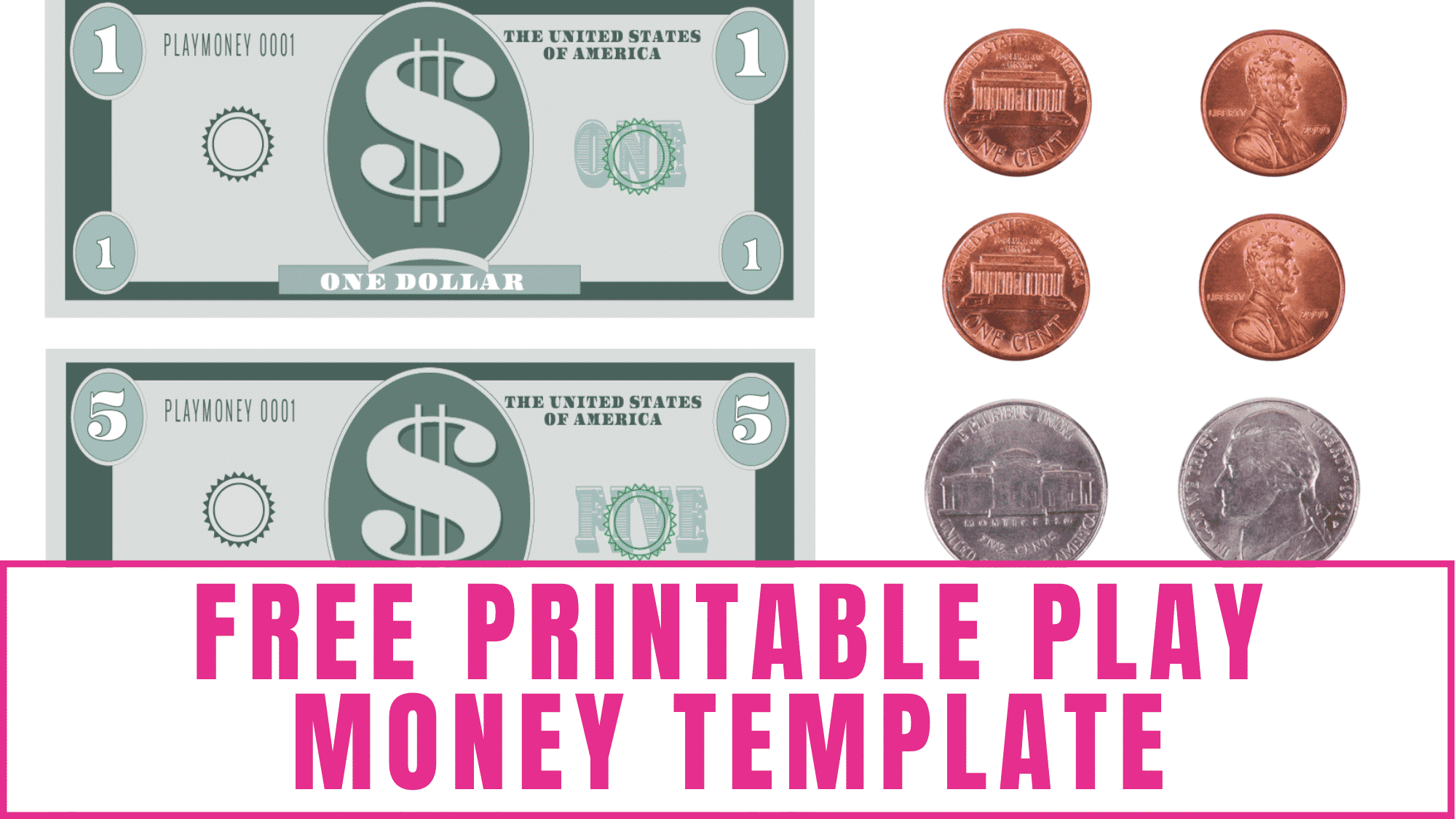 Bonus: The number line 1 to 100 is great for working on all kinds of addition, subtraction, and even multiplication problems. The number line 1 to 100 may even be able to help your child count to 100 by showing the numbers in order. However, another printable that’s awesome for helping kids learn to count is Free Printable Number Bubble Letters: Bubble Numbers 0 – 100!

With this decimal number line, we’re moving into trickier territory. Don’t worry though, your kid probably won’t need this printable until around third grade. In other words, this is no kindergarten number line! This particular free printable number line shows decimal points between 0 and 1 by tenths, making it an easy way to start out with the concept of decimals.

Bonus: Instead of decimals on number lines, do you know what kids used to learn in third grade? Cursive! And while many public schools are no longer teaching it, that doesn’t mean you can’t give your kid a crash course at home. These printables can help: 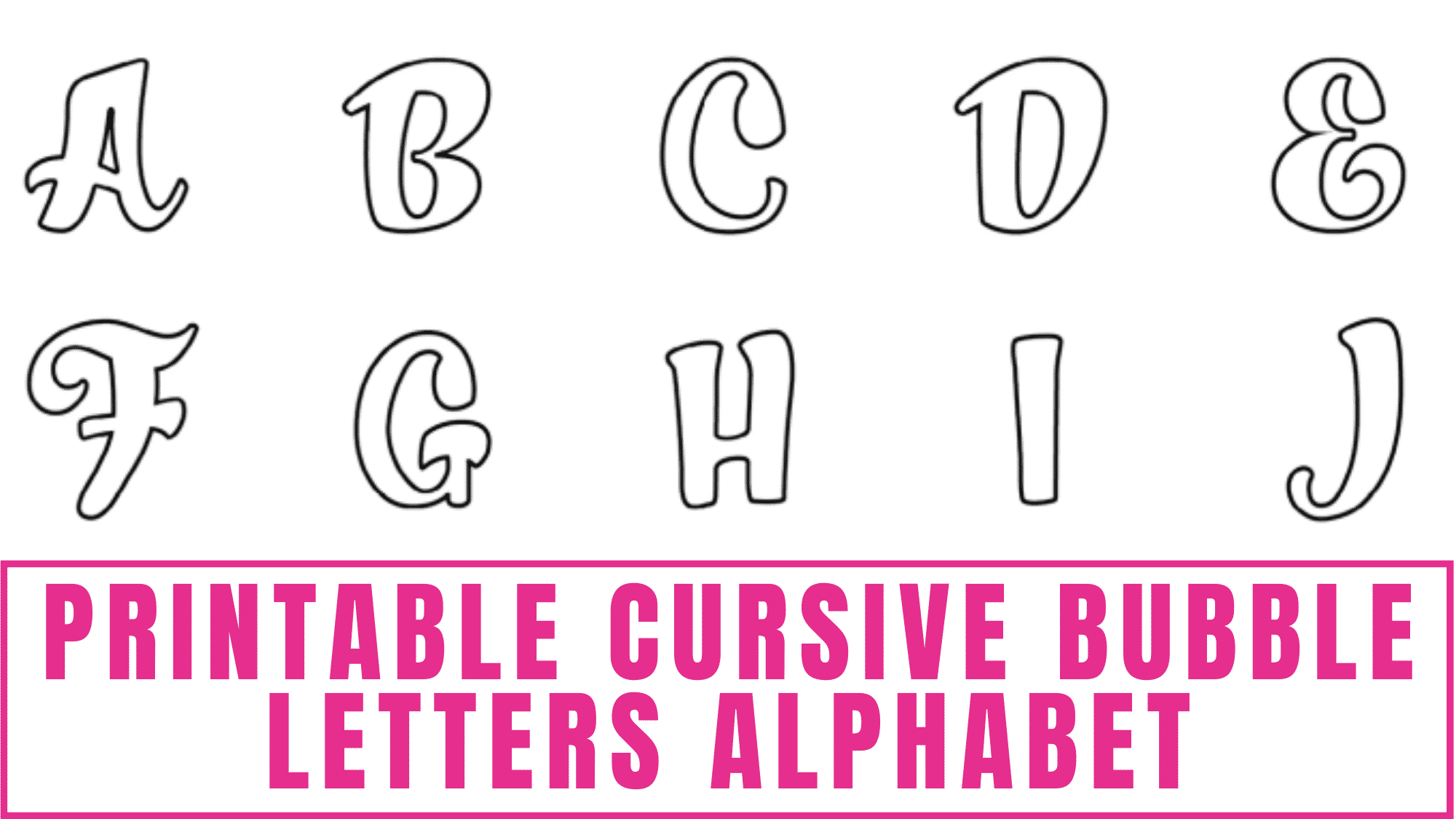 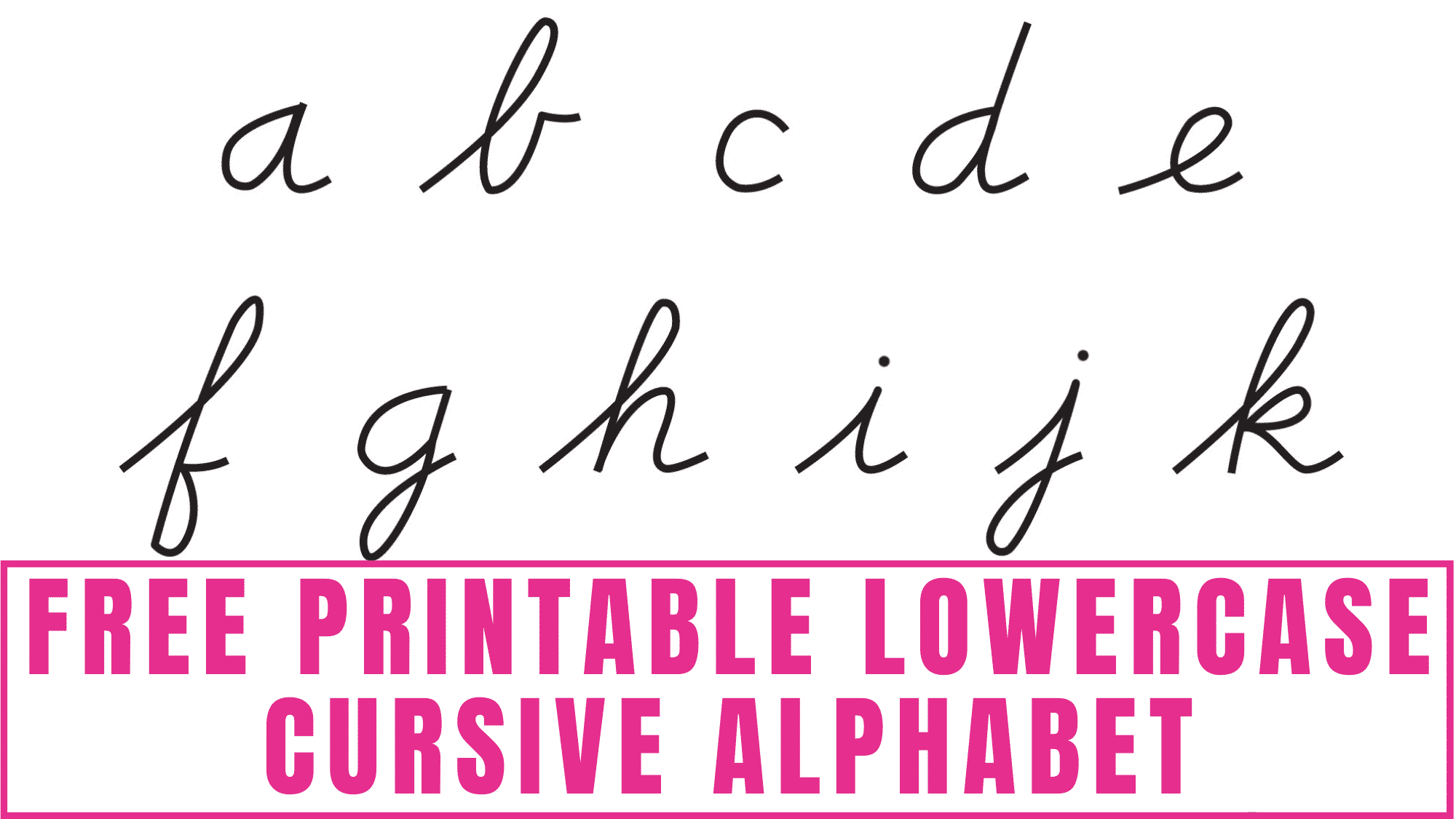 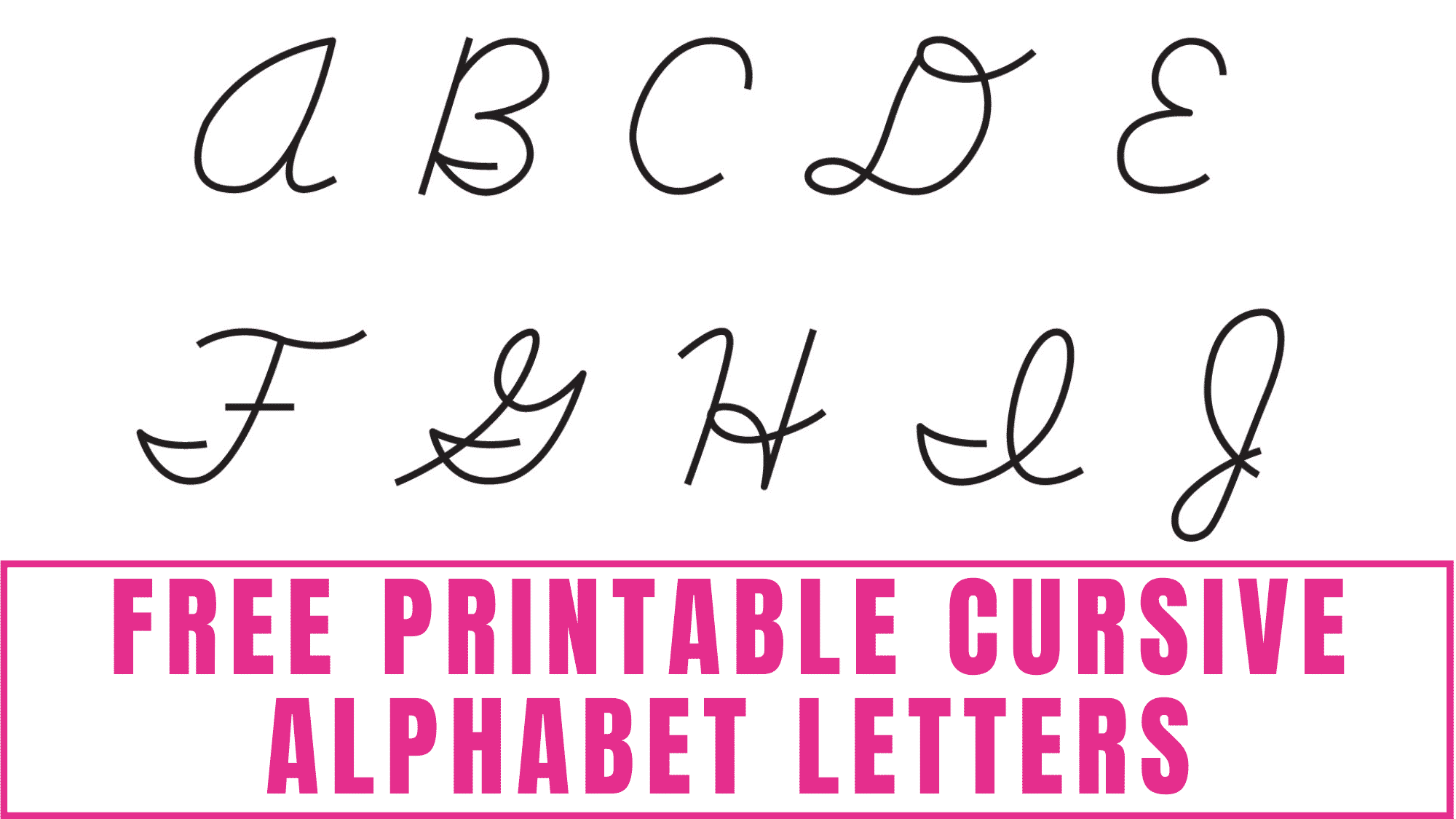 Bonus: Sure, your child’s math is getting more complicated, but you probably haven’t seen anything yet! Just wait until he or she starts working on perimeter, area, and other formulas! When that time comes, here are some printables that my help. 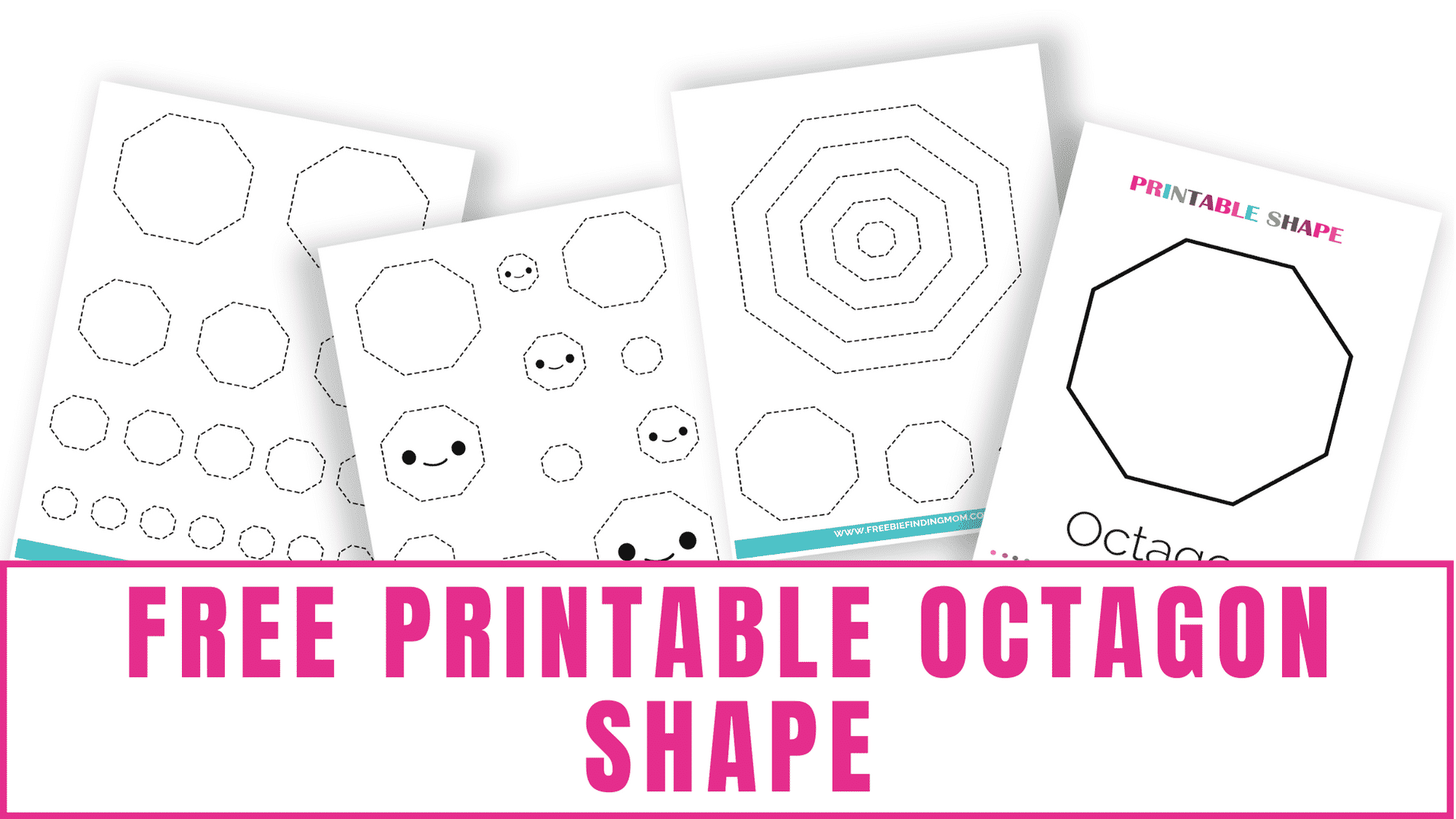 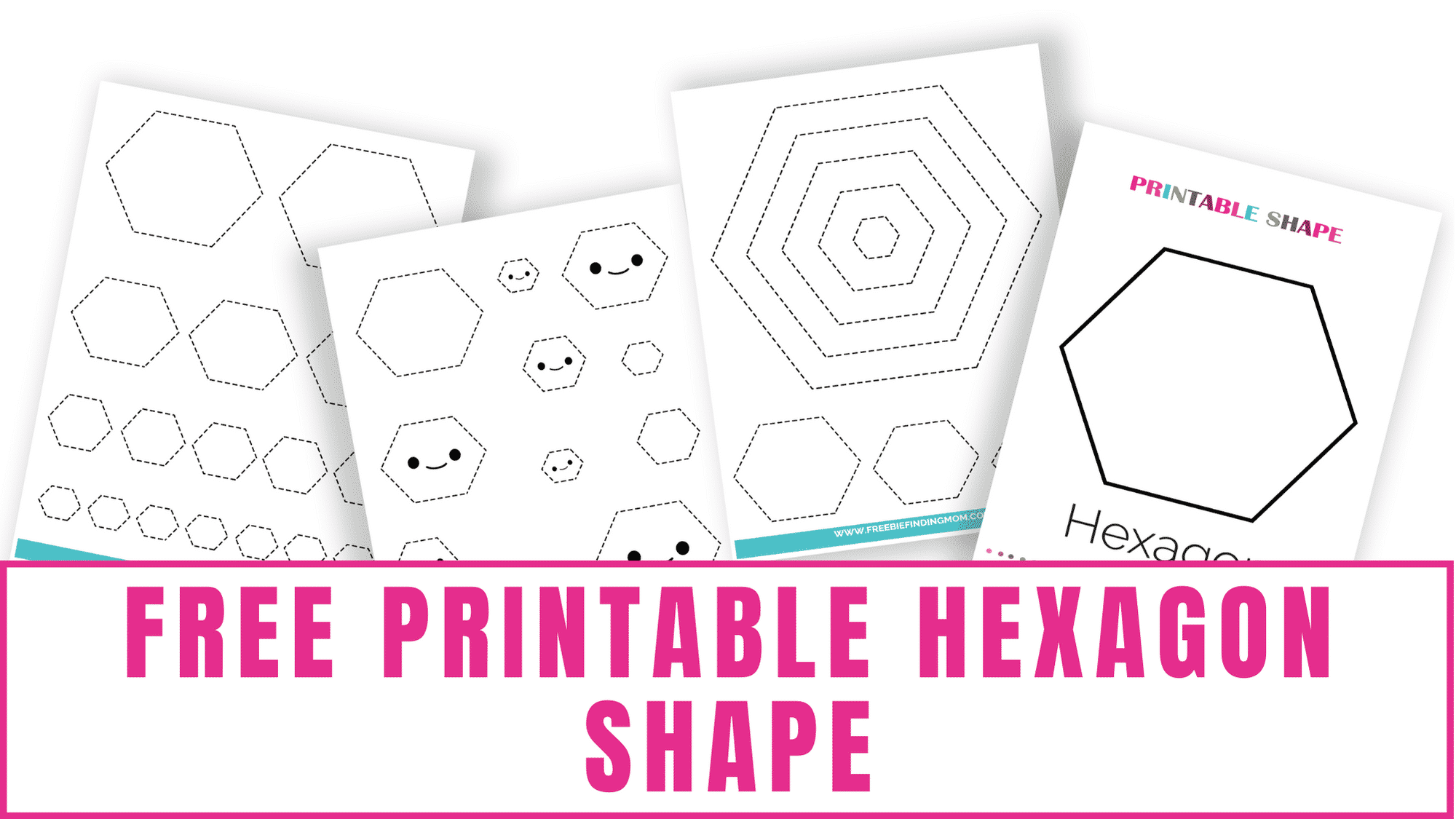 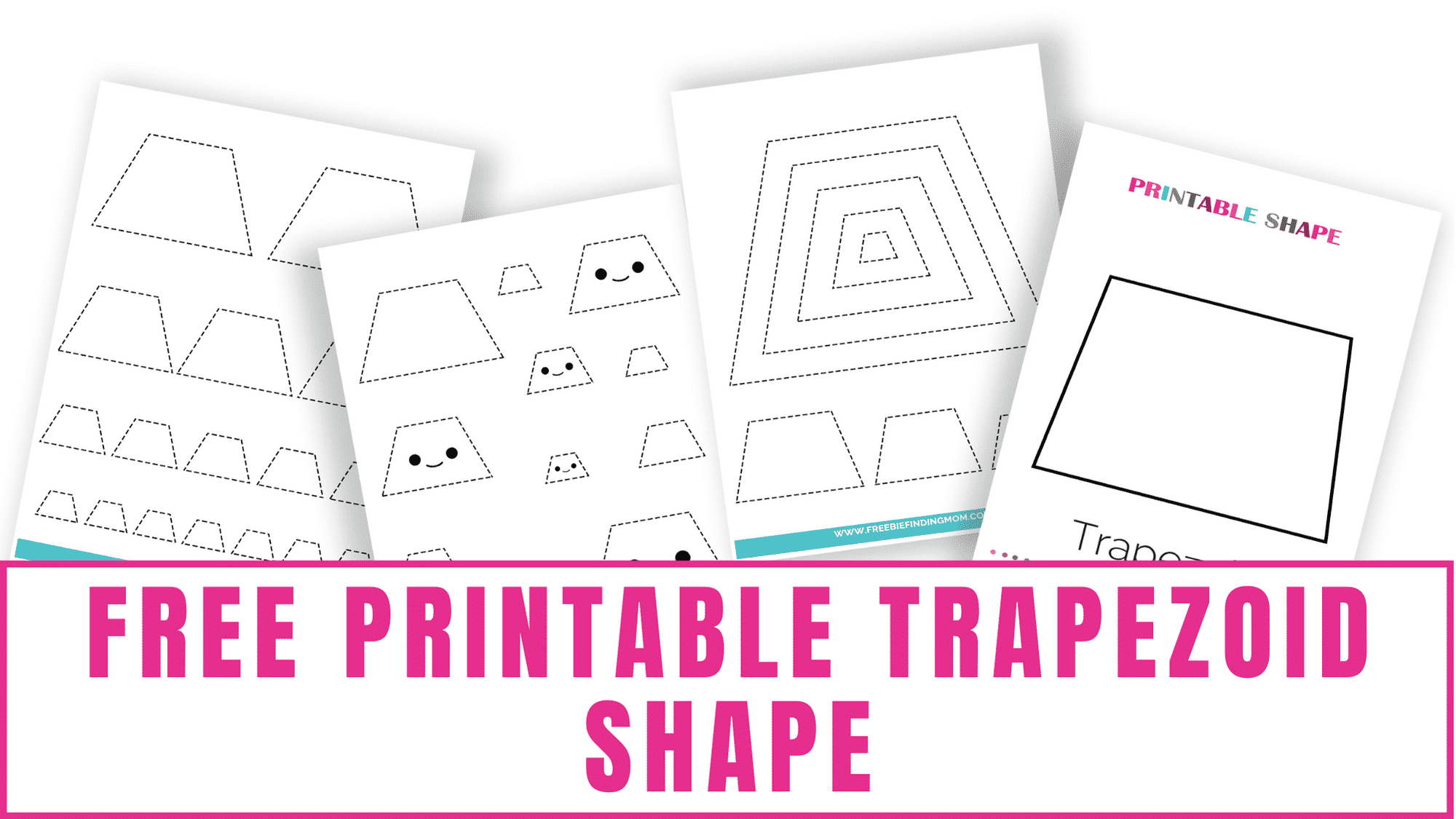 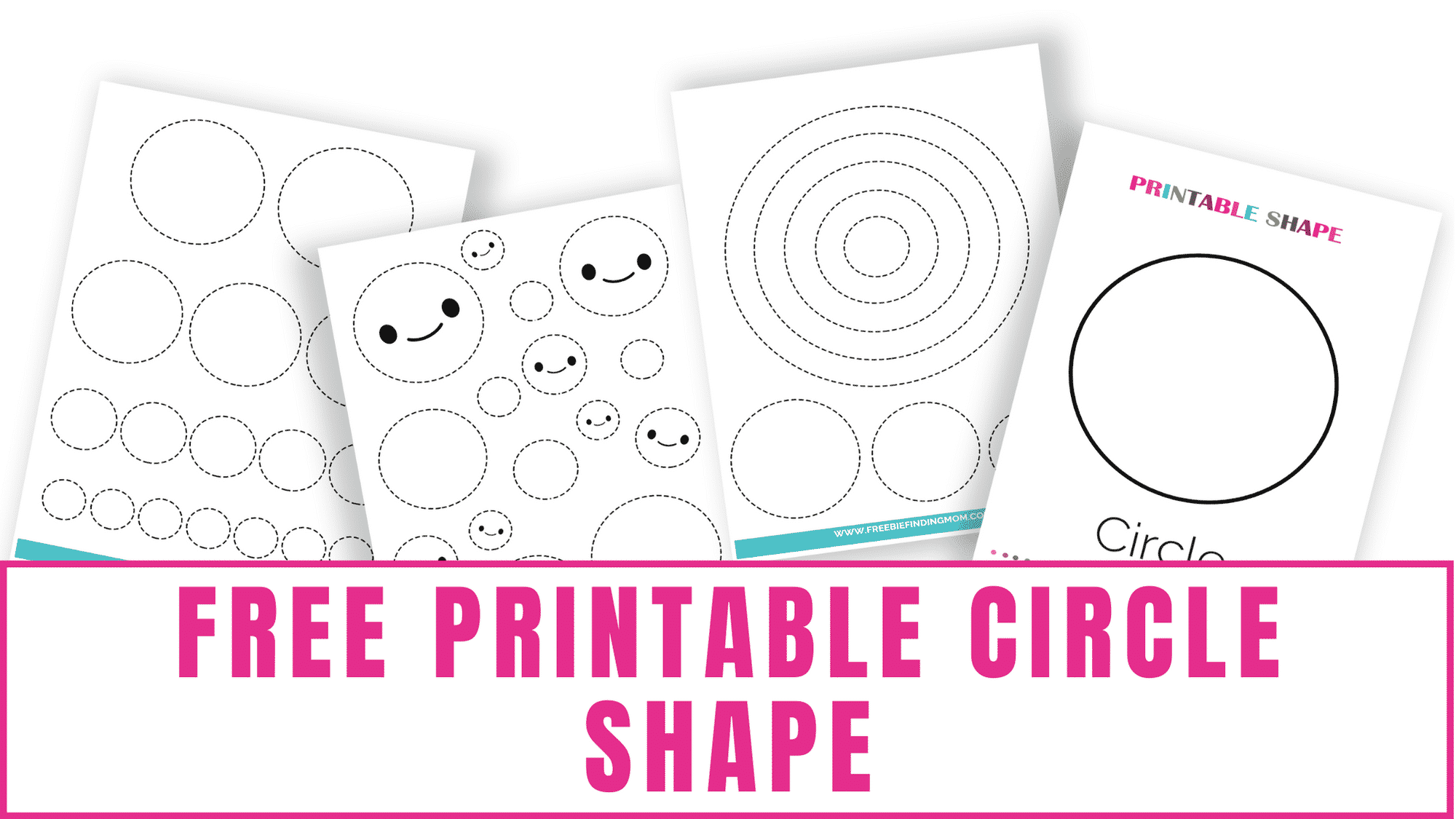 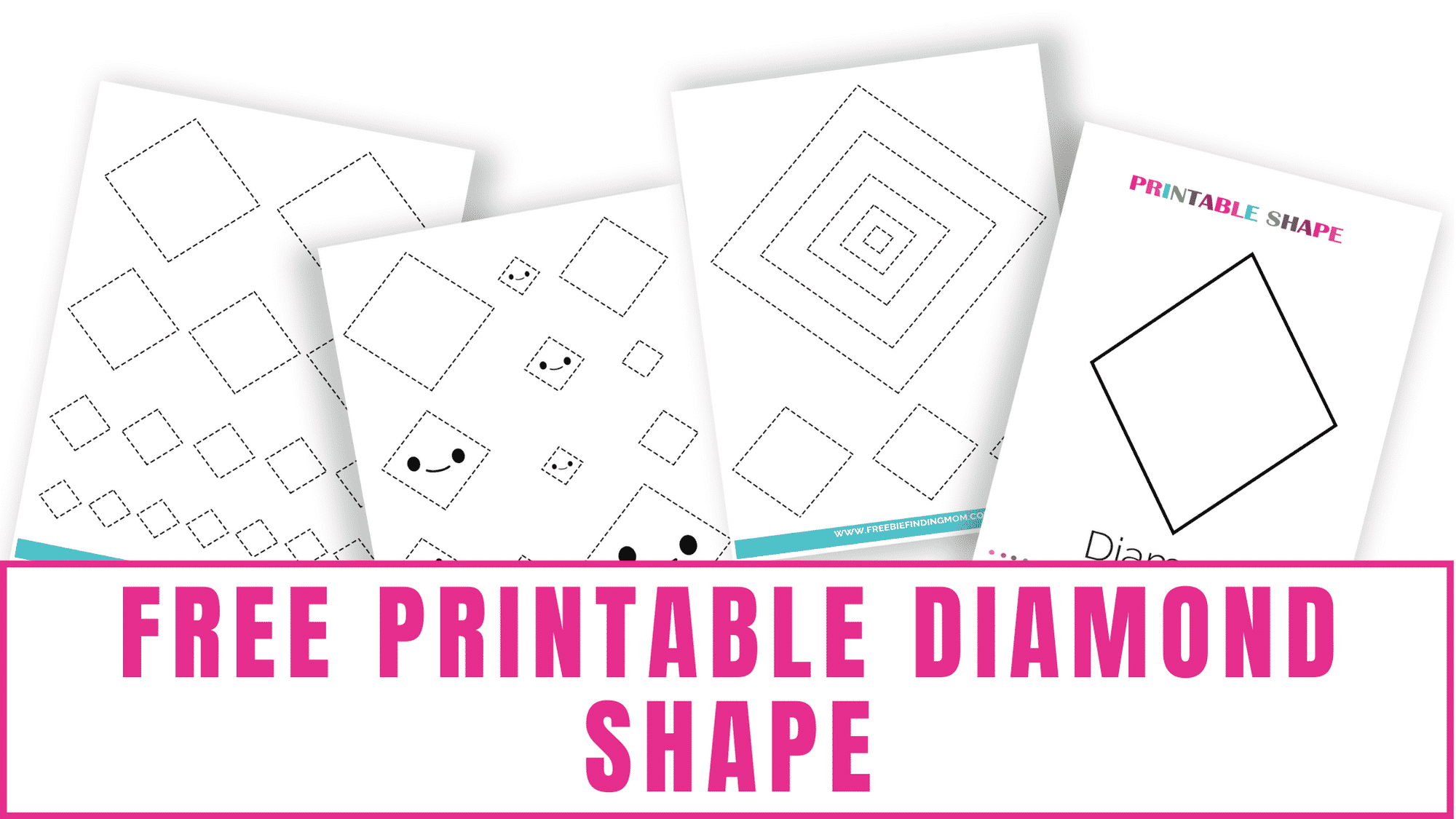 If you struggled with fractions growing up, don’t shy away from them now! Help your kid grasp this important concept by using the printable math number line. And remember, you aren’t alone. Here’s a story to prove it.

In the 1980s A&W launched a 1/3 pound burger to compete with McDonald’s 1/4 pound burger. The A&W burger was competitively priced but despite heavy advertising, it failed next to McDonald’s product. Why? A market research firm found that about half of the people surveyed thought 1/3 pound was smaller than 1/4 pound, and thus not a very good deal at all (Source)! 🤦‍♀️

So apparently there are many of us that could use a fractions on a number line 3rd grade printable!

The last printable is another fraction number line. The way the fractions are displayed on a number line here may seem intimidating to some kids, since it isn’t straight fractions but rather whole numbers and fractions. However, hopefully this free printable number line will help them visualize and better understand the relationship between the numbers.

Bonus: Need to escape numbers for a sec and unwind? Whether you or your kid needs to relax, consider trying calligraphy. Tracing calligraphy letters can promote relaxation as can coloring. (Yes, even as an adult.) Here are some calligraphy alphabet printables to get you started: 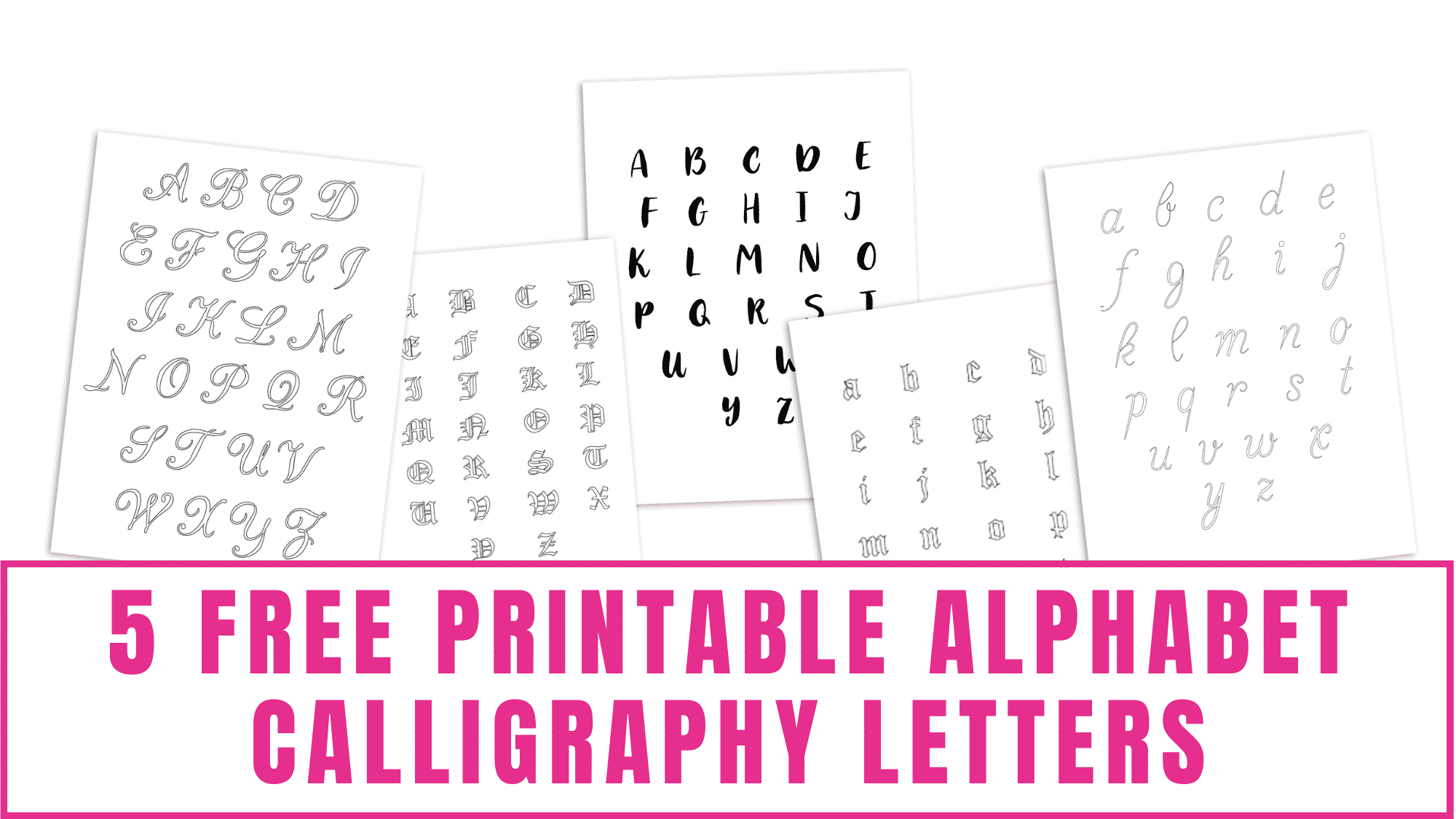 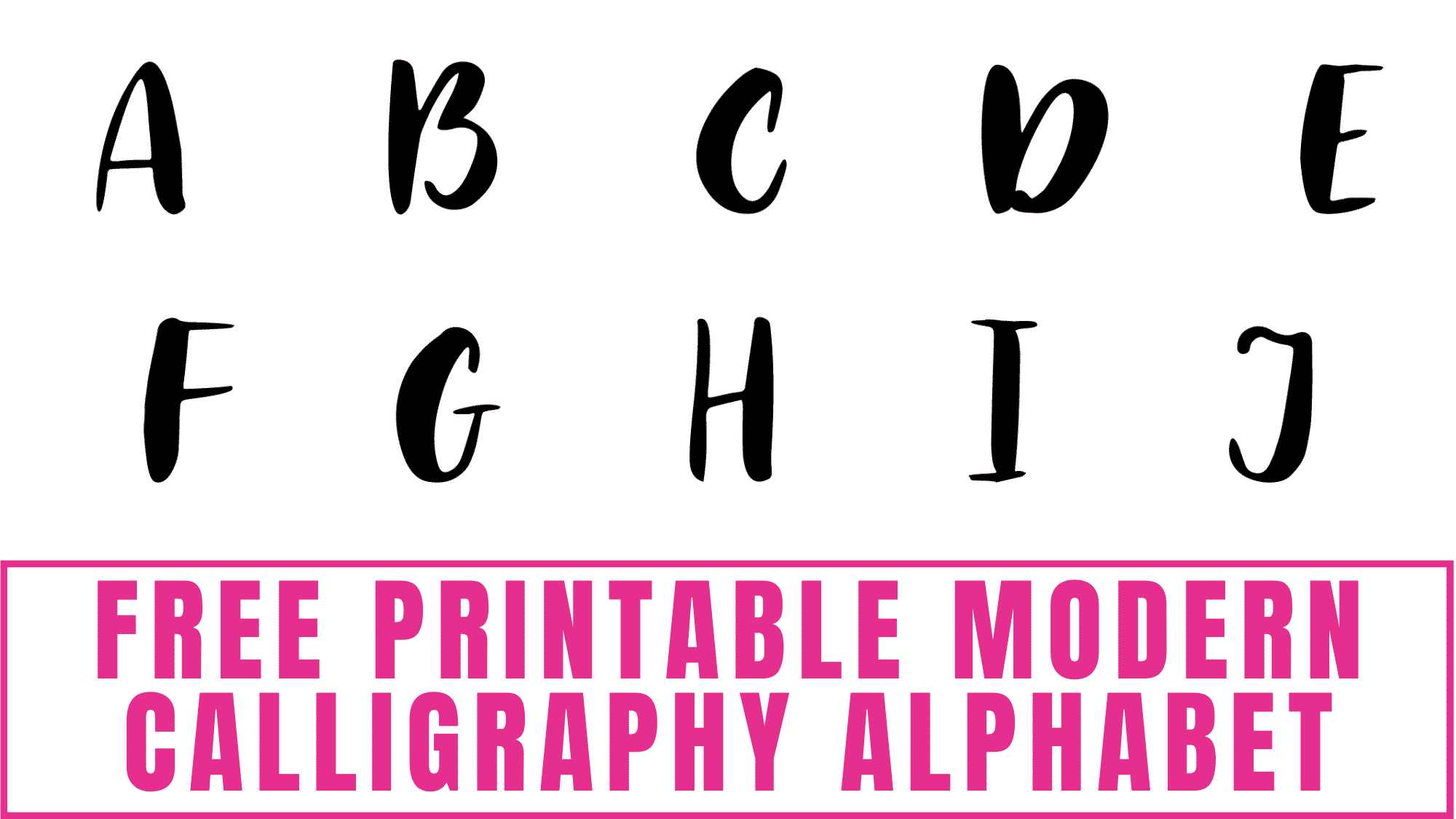 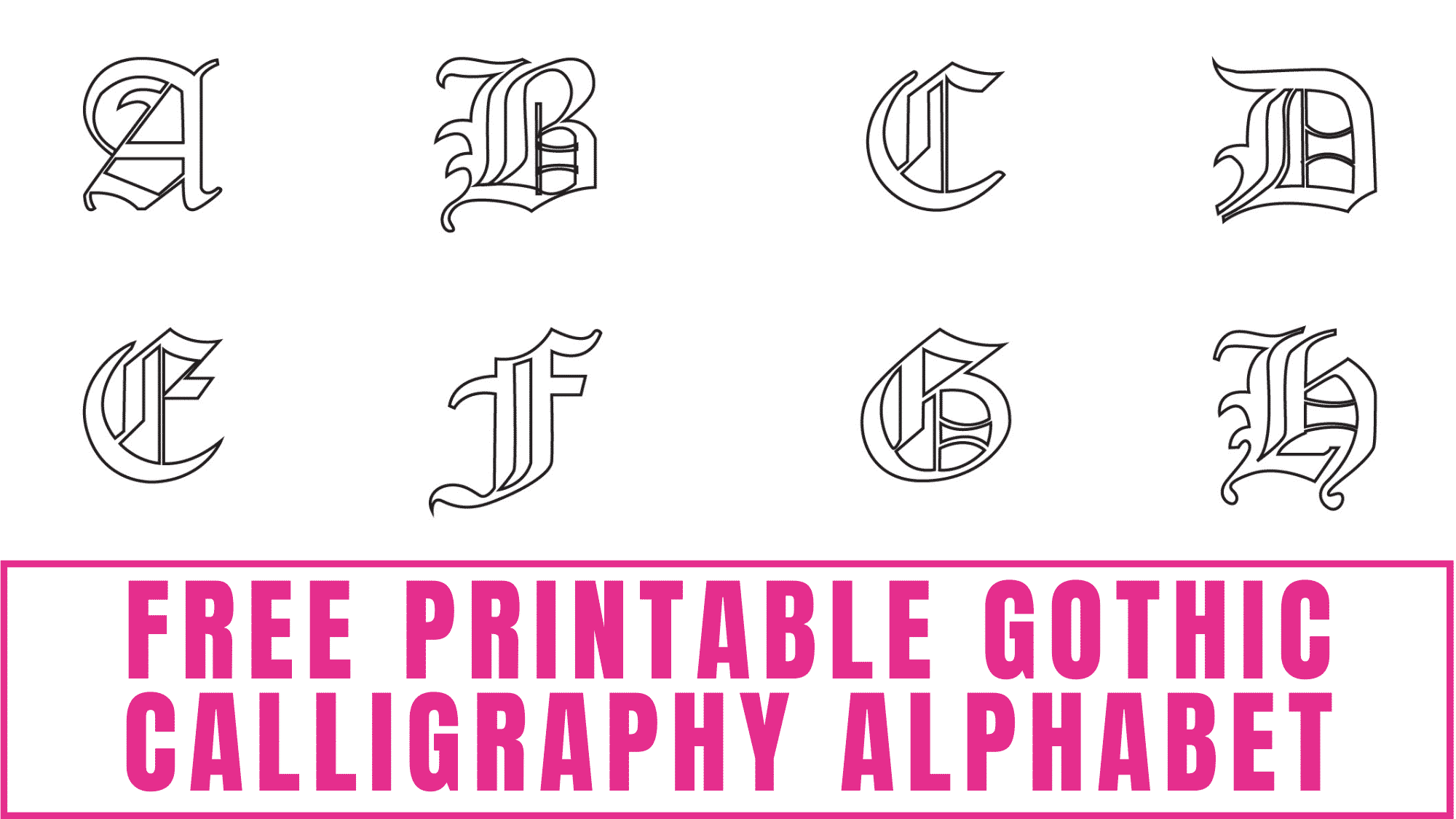