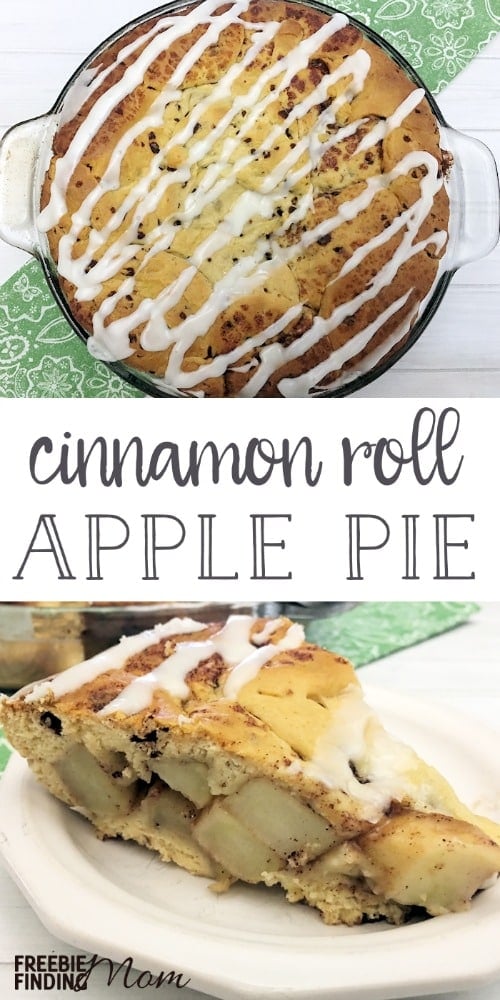 Question: How did pumpkin pie become the default holiday pie? Seriously, pumpkin just has a really good PR rep right? Don’t get me wrong, I’m not too terribly picky about pie, but sometimes I think enough is enough. (Usually I have this thought when I’m staring at 5 pumpkin pies on the dessert table.) LOL! Anyway, if you’re with me, I’ve got a new pie recipe I think would make a great addition to your Thanksgiving lineup: Cinnamon roll apple pie.

Side note: No, I’m not a pumpkin-hater. I actually love pumpkin; if you don’t believe me, just check out my pumpkin bread pudding recipe and pumpkin spice puppy chow! 🙂

I would say that this cinnamon roll apple pie is certainly budget friendly. The most expensive ingredient is the cinnamon rolls and you can usually find a coupon for them (especially if you start looking well ahead of time). Actually, if you’re trying to save money at the grocery store I recommend planning all of your meals, including Thanksgiving dinner, in advance. Having a menu plan can help you know what coupons and deals to look for. With that in mind, here are some easy (and tasty!) dishes you may want to serve up this Thanksgiving along with the cinnamon roll apple pie: 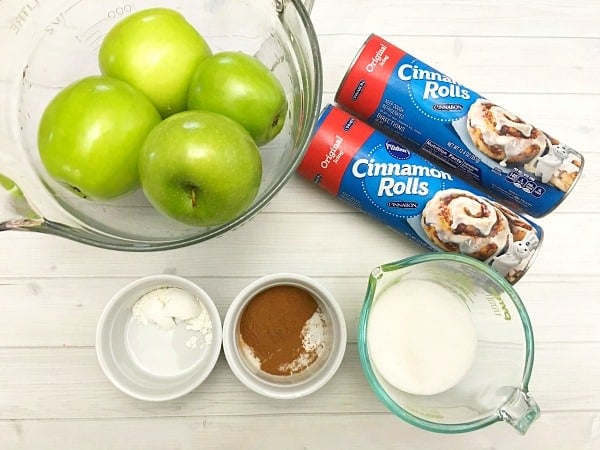 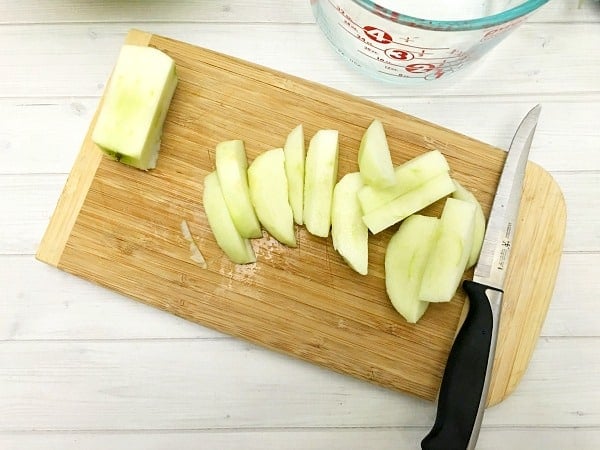 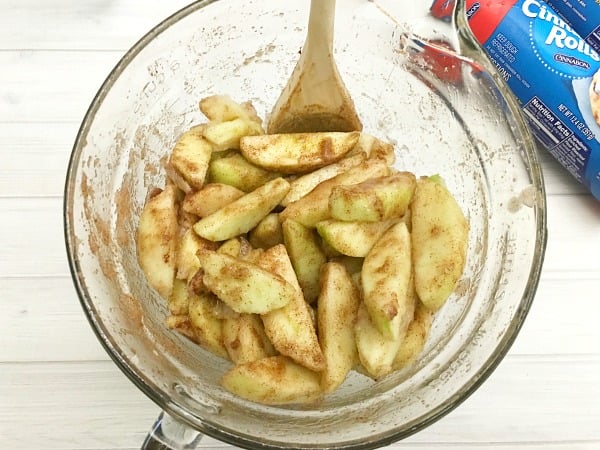 3. Add apple slices, cinnamon, sugar, and cornstarch to a large bowl, mix well, and set aside. 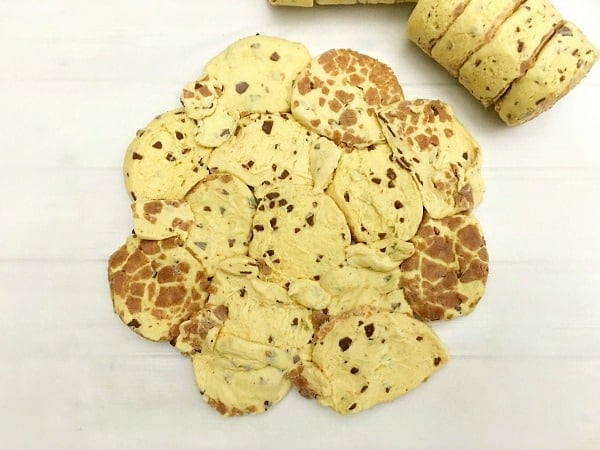 4. Slice half of the cinnamon rolls (1 can) in half thickness wise, arrange together in a circle, and use a rolling pin to roll together. 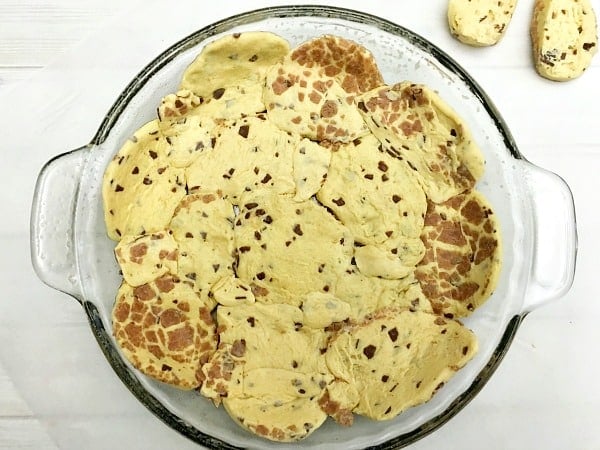 6. Grease a pie pan with a nonstick cooking spray and place one cinnamon roll sheet on the bottom of the pan. 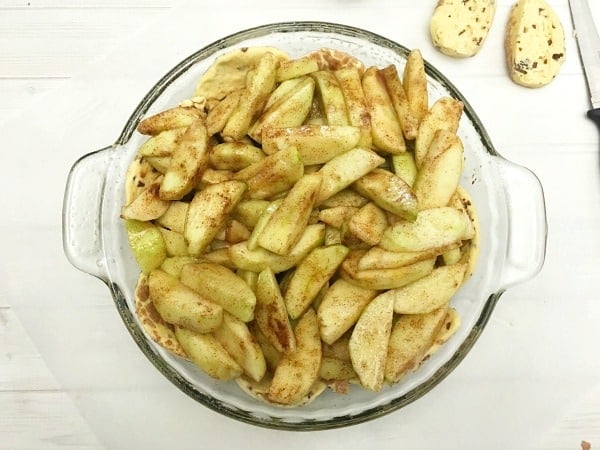 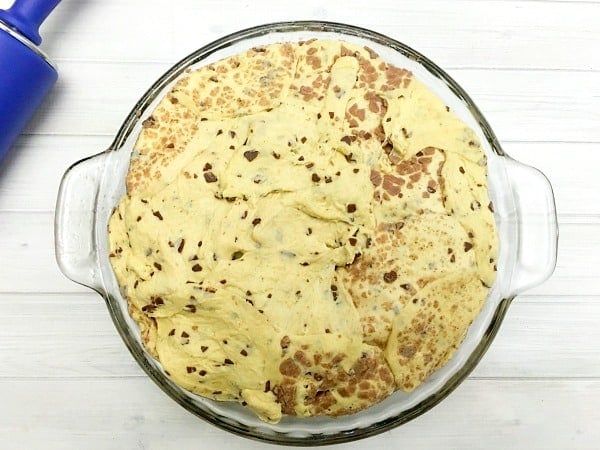 8. Cover apple mixture with the other cinnamon roll sheet.
Tip: Use your fingers to pinch together the sides and any holes.

9. Cover with aluminum foil and bake for 40 minutes or until the center is cooked thoroughly. 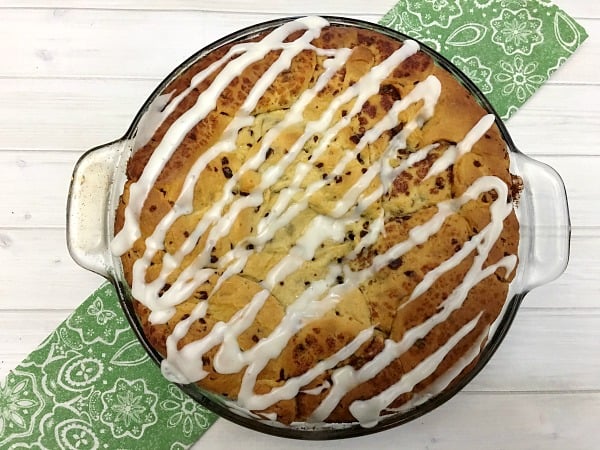 10. Remove the cinnamon roll apple pie from the oven and allow to cool for about 30 minutes.

11. Drizzle the top of the cinnamon roll apple pie with icing.

12. Enjoy!
Tip: If you can handle any additional sweetness, serve this cinnamon roll apple pie with a scoop of vanilla ice cream.

As mentioned above, this cinnamon roll apple pie would make a great addition to your holiday dinner lineup. If you need some additional food inspiration to get you ready for the holidays, be sure to follow Freebie Finding Mom’s Decadent Desserts and Thanksgiving Recipes Pinterest boards.