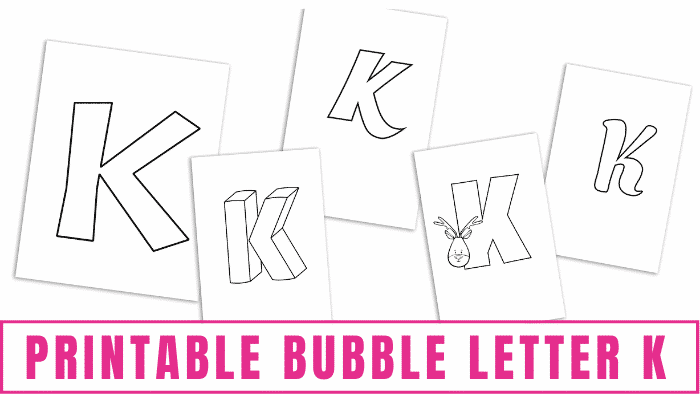 Whether you’re trying to help your child learn the ABCs or practice spelling, bubble letters can help. And since, as mentioned above, the letter K can be a bit tricky, be sure to snag a letter K bubble letter!

How to Draw a Bubble Letter K

Learning to recognize the ABCs and spell isn’t the whole story. Your kid will also need to learn how to draw (write) a bubble letter K and other letters. Tracing, as shown in the video above, is a great starting point.

Tracing can also work for you! Yep, if you want to use bubble letters in your own creative endeavors and crafts, such as learning how to write calligraphy, tracing is a great first step to free-hand drawing. 🙂