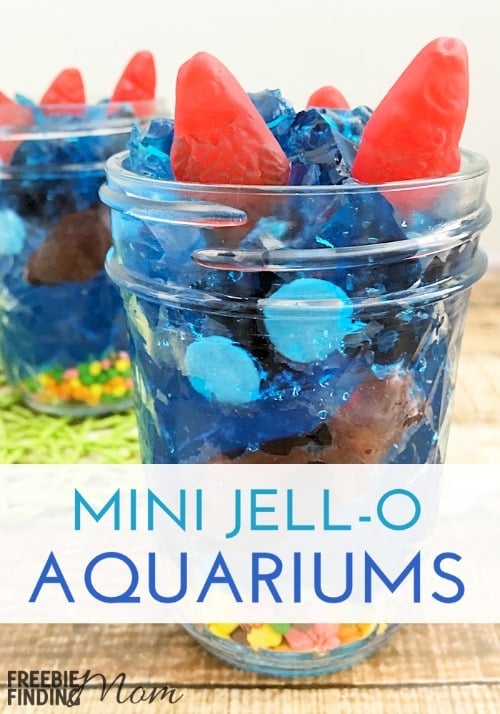 Homemade Party Favor Ideas For An “Under The Sea” Birthday Party: JELL-O Aquariums

Are you looking to party like a rock star… but aren’t sure your budget can keep up? I feel ya! Sticking to a budget can be especially challenging when you’re throwing a party for your little one. Luckily, if you’re willing to utilize a smidgen of creativity and elbow grease there are plenty of ways cut costs without cutting corners. One of the easiest ways to save money is to try out homemade party favor ideas.

Personally, I have stockpile of frugal party tips that I turn to for any occasion. While homemade party favor ideas are certainly a staple of that hoard, I’ve also got a list of fun and frugal outdoor party games, printable invitation templates, and DIY decor how-tos, like this one for a bunting.

In fact, most parents would probably prefer that to their kids bringing home bags full of candy or cheap, plastic toys. I know I would!

In addition to being frugal and super cute, this homemade party favor idea is pretty simple. If you can make a batch of JELL-O you can pull this off. Seriously, the kids could probably even help out by adding the Nerds to the Mason jars or popping the Swedish fish in.

Bonus: The most time intensive aspect of putting this homemade party favor idea together is waiting for the JELL-O to set.

So, let’s recap…. This homemade party favor idea is inexpensive, cute, original, easy, and kid appropriate? Uhh… this sounds like the catch of the day! 🙂 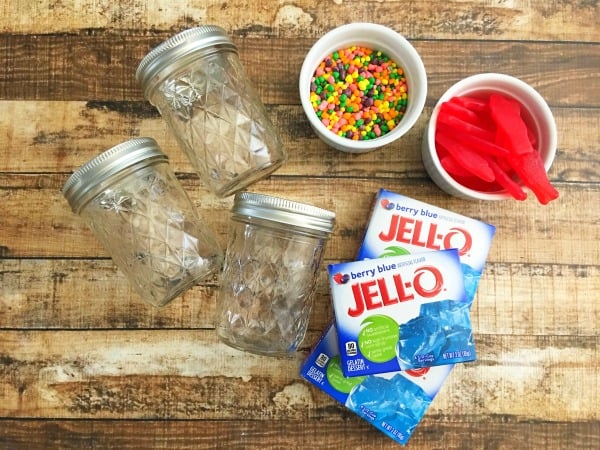 2. Mix in blue JELL-O until dissolved. 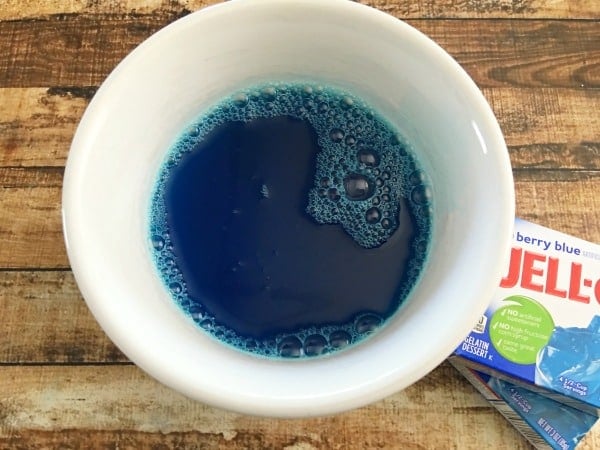 3. Pour into a large bowl and place in the fridge for several hours or until JELL-O is set. 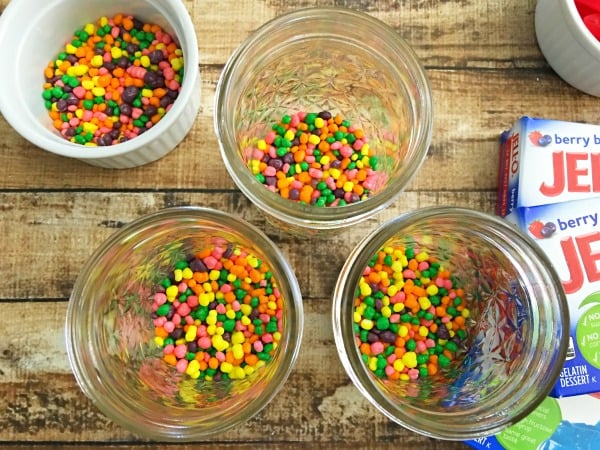 4. Place a few tablespoons of Nerds into the bottom of each Mason jar. 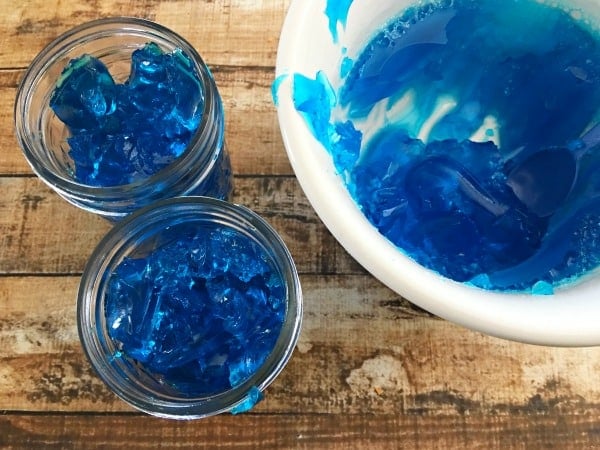 5. Place JELL-O in Mason jars, on top of Nerds.

6. Place a couple of Swedish fish into the JELL-O.

7. Place a couple of blue jumbo confetti sprinkles above the fish.

8. Position a few more Swedish fish so that the are sticking out of the top of the “JELL-O aquarium”. 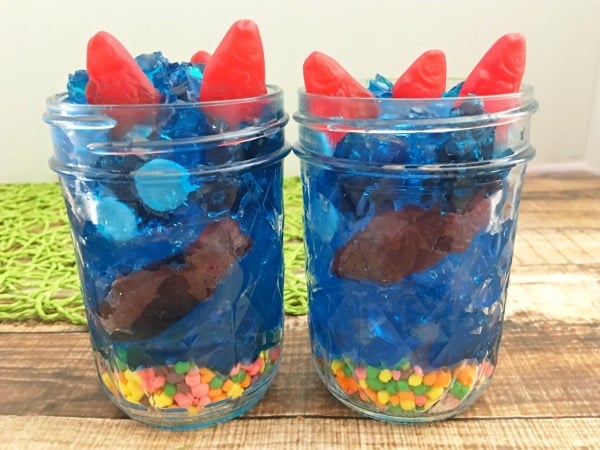 If you’re having an “under the sea” or beach themed party you may want to check out this other homemade party favor idea for fish in a bag soap. It would make a great addition to the JELL-O aquariums.

Have other awesome homemade party favor ideas? Please share them in the comments!