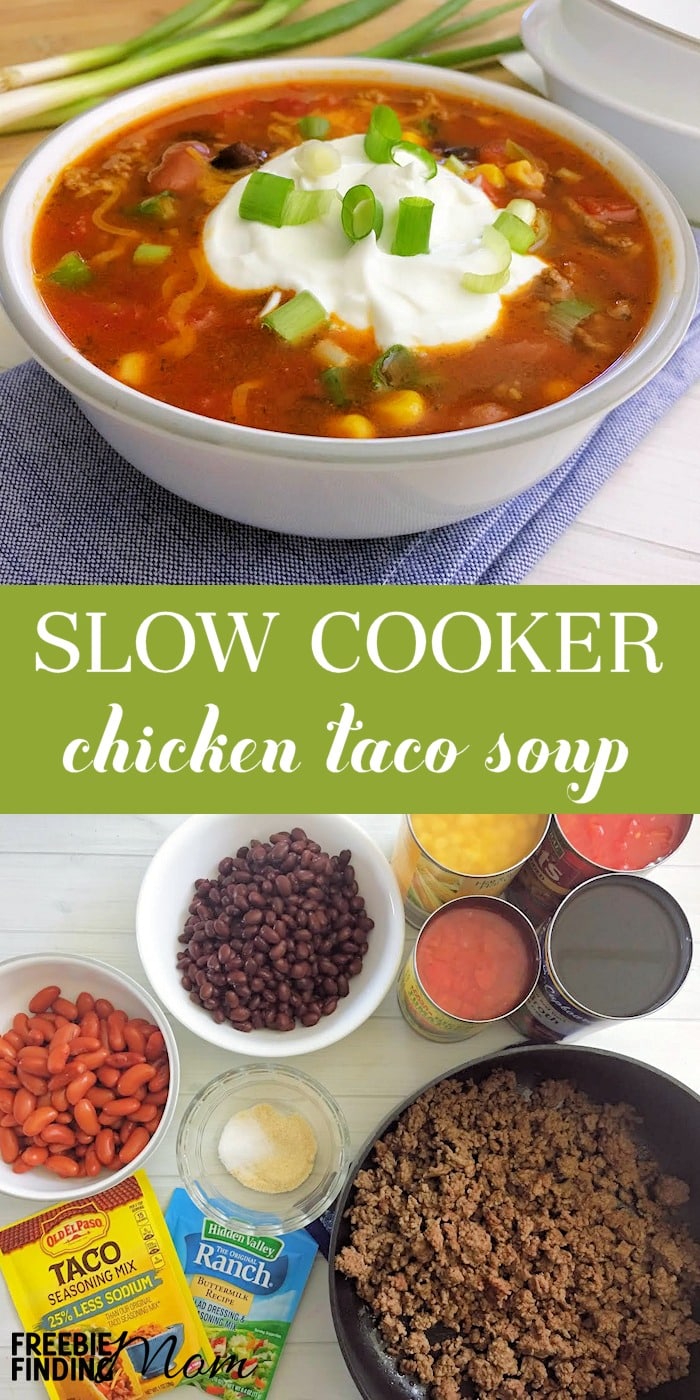 If you’re a fan of “Taco Tuesday” (and who isn’t?), I’ve got a yummy must-try recipe for you. It’s a taco soup slow cooker recipe that is nutritious, delicious, and incredibly easy. Intrigued?

The crockpot has long been the secret weapon of busy moms (and dads!) the world over, and after seeing just how many tasty crockpot recipes are out there, I’m convinced this device can tackle anything! Taco Tuesday is no exception. 😉

Note: If you don’t have a crockpot, you really don’t know what you’re missing. They’re pretty cheap (around $20), so I highly recommend you snag one ASAP.

This slow cooker taco soup recipe is one that you only need a few minutes to throw together. Then just let the crockpot do the rest, and in a few hours you’ll have a hot and hearty meal the whole family can enjoy.

Tip: To make this taco soup slow cooker recipe even quicker to put together, brown the ground beef ahead of time. When I have a super busy week ahead of me, there are a few thing I do to ensure family dinners will run smoothly:

For instance, I might make a few meals ahead of time and freeze them to reheat throughout the week. I like to do this with pancakes so the family can have a filling meal in the morning. Here’s how to freeze pancakes, in case you’re wondering. For this taco soup slow cooker recipe, I’d brown the beef on Sunday night and stick it in the fridge until Tuesday morning. That way I can just pull it out real quick and add all my ingredients to the slow cooker.

I especially enjoy making this slow cooker taco soup recipe in the winter because it’s so hearty and warming. In fact, I tend to rely on the crockpot to make a lot of soups during these cold midwestern months. Some of my favs are:

Another way to customize this slow cooker taco soup recipe is by using different garnishes for the top. Our favs are shredded cheese, sour cream, and diced green onions but feel free to get creative (ex. garnish with some crunchy tortilla strips).

If your family is a bunch of hot heads (like spicy stuff), you can make this taco soup slow cooker recipe hotter by adding in some diced jalapeños, using a can of diced tomatoes that says “hot” (versus “mild”), and using a hotter variety of taco seasoning. See? This slow cooker taco soup recipe can fit your family’s tastes whatever they might be.

Lastly, if you have a large family to feed, this taco soup slow cooker recipe can easily be doubled. Since it is so tasty, you might want to go ahead and do that anyway to ensure you have plenty of leftovers! 🙂 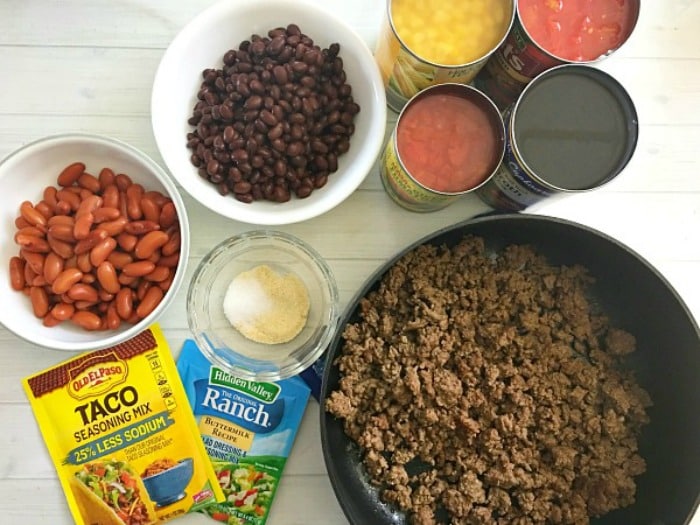 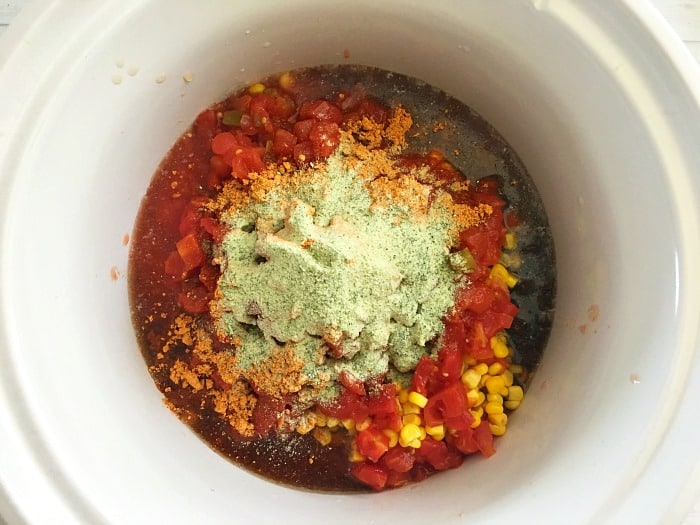 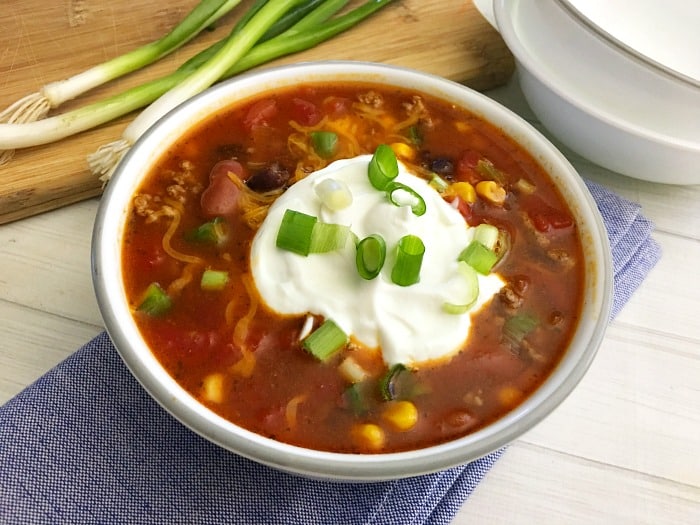 Have you tried this taco soup slow cooker recipe? Share your feedback in the comments!