These free ABC worksheets may seem simple, and in one way they totally are, but they form the basis of so much more. Learning one’s letters—their order, how to form them, the sound they make—is the foundation of so much including the obvious, like reading and writing, but also more subtle things, like communication. If you’re trying to help your child learn the alphabet, these ABC missing letter and ABC tracing worksheets are a great place to start! 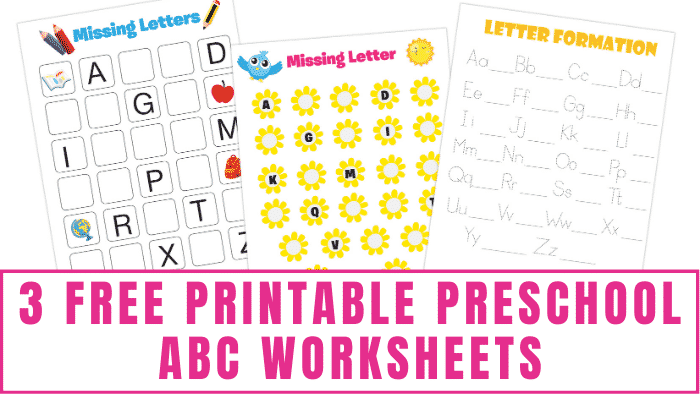 It never fails to amaze me how quickly kids pick things up. When my son was younger, if you said something in front of him one darn time, he’d repeat the word or phrase for days. Luckily, this parrot-like ability applied to things other than what I might say when a car cuts me off on the freeway! … Things like the ABCs, for one!

What I’m trying to say is that you’ll be amazed at how fast your child learns his or her letters, especially when you use these printable ABC worksheets! These 3 free kindergarten and preschool ABC worksheets make learning really fun, more like a game than a chore, which means your kid will want to do them.

Tip: If you’re starting at the very beginning, meaning your kid doesn’t even know the ABCs exist outside of maybe the song, these free printable ABC worksheets may be a little advanced. Instead, consider starting by giving your child ABC coloring sheets to make the initial introduction. These 18 free printable bubble letters templates make great coloring pages. 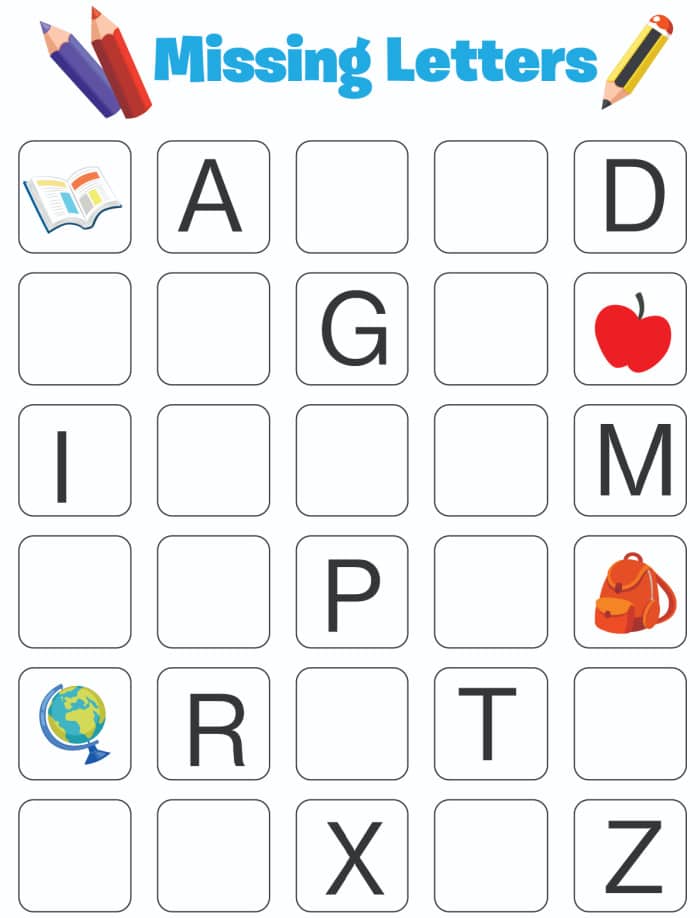 The first of the kindergarten and preschool ABC worksheets is pretty simple—no complicated instructions or batteries required! 🙂 All your kid has to do is fill in the missing letters. This free ABC worksheet is a great way for your child to not only practice the order of letters, but also actually writing the letters.

Tip: If your kid is getting stuck on the order of the alphabet, encourage him or her to sing the song! Sure, it’ll be stuck in your head for the next two weeks but that’s a small price to pay for your child’s education, right? 🙂 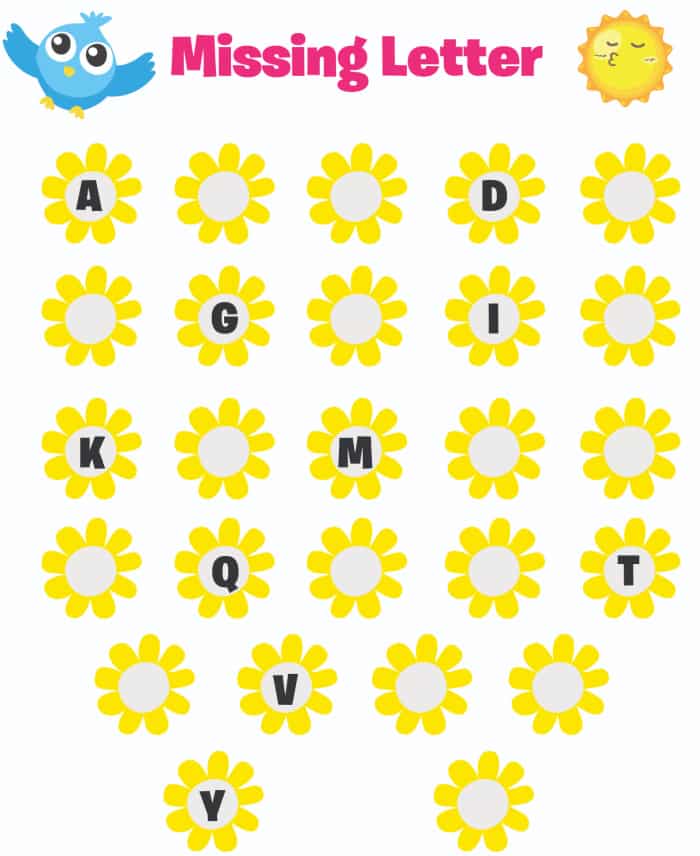 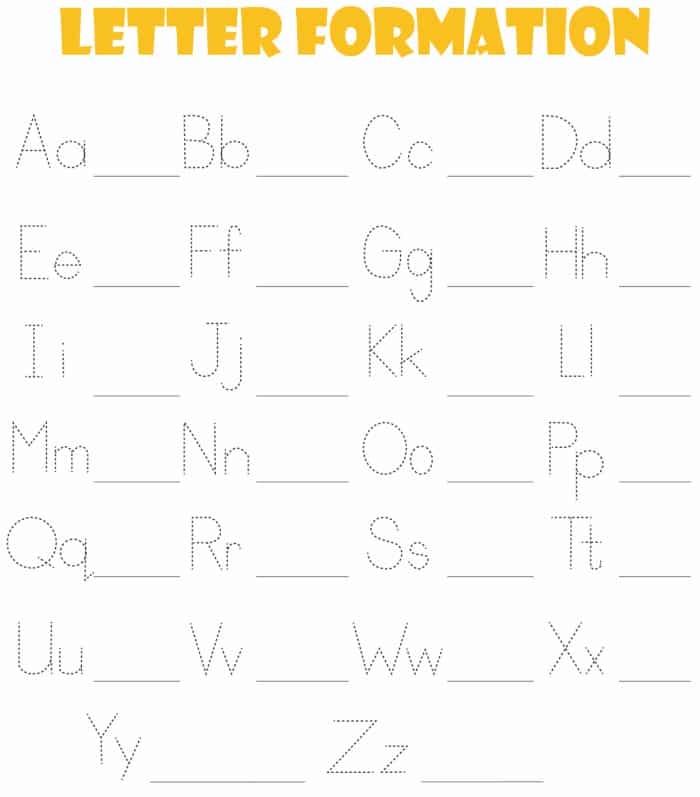 This could technically be two kindergarten and preschool ABC worksheets in one! First, your kid can get warmed up by tracing the uppercase and lowercase version of each letter. Then since this free ABC worksheet provides extra space, he or she can take off the training wheels, so to speak, and try writing the ABCs on their own!

Tip: When it comes to the last of the kindergarten and preschool ABC worksheets, don’t skip the tracing portion! Tracing is a great way for your child to start building up muscle memory, figuring out how much pressure to apply to the page, and refining fine motor coordination. In other words, it’s important! 🙂

If you’re looking for even more ways to teach your child the alphabet or practice reading and writing skills, be sure to check out Free Printable Letters – Printable Alphabet Letters & More! Not only do I offer some great ideas for teaching the ABCs, you’ll find a host of free printables to help you out.

What do you think of these ABC worksheets for kindergarten and preschool? Do you have other tactics or free printables (you know I love a good printable!) that you can share? Leave your feedback in the comments!